It's our responsibility to #stopthemyth on foreign aid 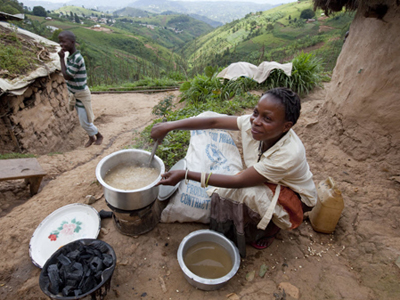 Foreign aid helps refugees like Nikuze Aziza at the Kiziba camp in Rwanda feed their families and stay healthy. Photo by: Gates Foundation
Two weeks ago, Bill and Melinda Gates released their annual letter for 2014. I was excited to see it focus ondebunking persistent myths in development aid, and it got me thinking about the myths I’ve encountered working in advocacy, government relations and communications at the Gates Foundation for the past decade.

One constant refrain about aid that I’ve heard — particularly in more recent years living in Europe — is this: “We have to choose between helping the poor here at home and helping the poor abroad.”

The truth is that framing the discussion in these terms poses a false choice, that if we only cut off resources for overseas aid programs, we could fix our domestic financial challenges at home. The truth is that the amount of assistance provided to poor countries is a tiny fraction of national budgets, contrary to prevailing public opinion. We all share a common interest in ensuring continued support for both programs at home and internationally.

Let’s be clear — funding support for domestic issues comes first, and it always has. Take the United Kingdom for example, one of the largest aid donors in the world. In 2012, the combined expenditure for many of the biggest domestic social programs (pensions, welfare and health care) accounted for more than 50 percent of the U.K. annual budget, while the amount spent on overseas aid by contrast is less than 1 percent. This general proportion of spending is the same for all major aid donors, including the United States.

When you then see what relatively small investments can lead to — including expanded immunization coverage, declines in chronic hunger amongst children and big gains in agriculture productivity — the case for foreign aid is undeniable.

Why then does this myth persist? The biggest reason is that so few people are aware of how little is spent on overseas aid and the great impact it is having. A recent survey from the Kaiser Family Foundation found that most Americans believe that 28 percent of the U.S. budget goes to foreign aid. The same survey also showed that when people understood that aid was only about 1 percent of the budget, they were much more supportive of maintaining and even increasing the amount. 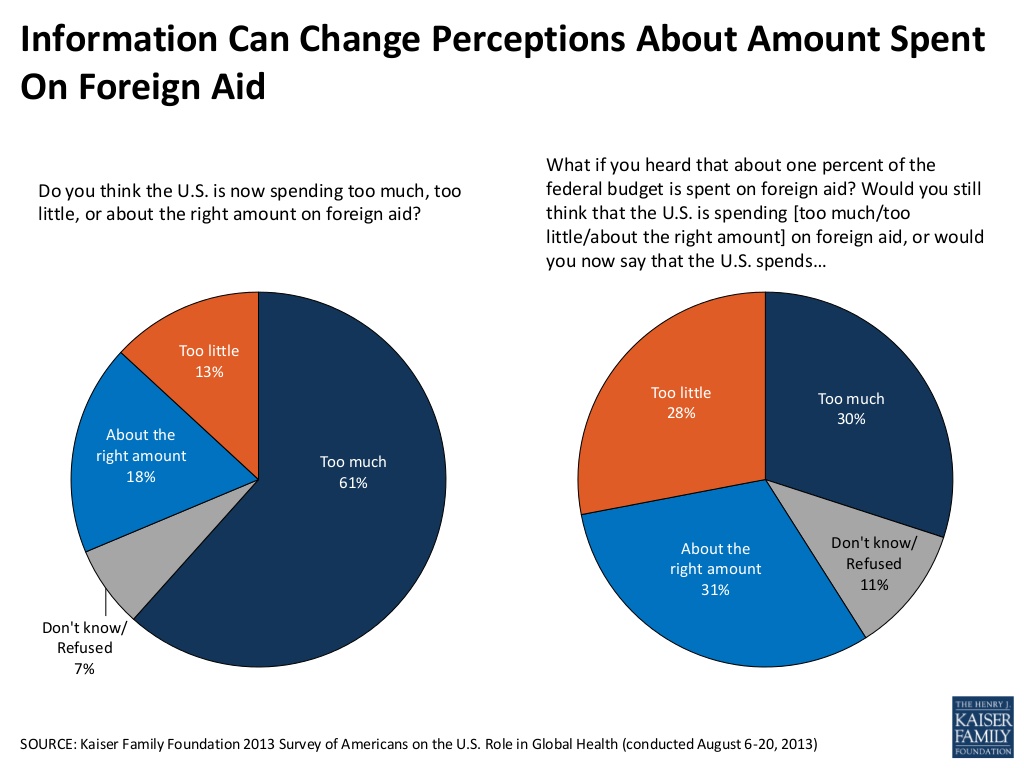 Quite simply, if 1 percent of the budget was redirected back to domestic issues in a donor country, it would only be a drop in the bucket — but invested in the developing world, it is helping to spur historic progress and prosperity.

As Bill and Melinda Gates pointed out, by many measures the world is better today than it has ever been. Upwards of a billion people have lifted themselves out of poverty; many countries that used to be recipients of aid are now self-sufficient, and some have become emerging donors.

What this says to me is that if more people knew what is undeniably true — that aid is a small piece of the budget and that it works — they would support it. We need to do a better job sharing the success stories and each of us has a shared responsibility to help #stopthemyth.

Join the Devex community and access more in-depth analysis, breaking news and business advice — and a host of other services — on international development, humanitarian aid and global health.

Joe Cerrell
Joe Cerrell is managing director for global policy and advocacy at the Bill & Melinda Gates Foundation. Prior to his current role, Cerrell was head of global health policy and advocacy, and before joining the foundation in 2001 he was assistant press secretary to former U.S. Vice President Al Gore. Cerrell is also currently serves on the board of directors for the ONE Campaign and Comic Relief.
Posted by muyungamukasa at 19:21